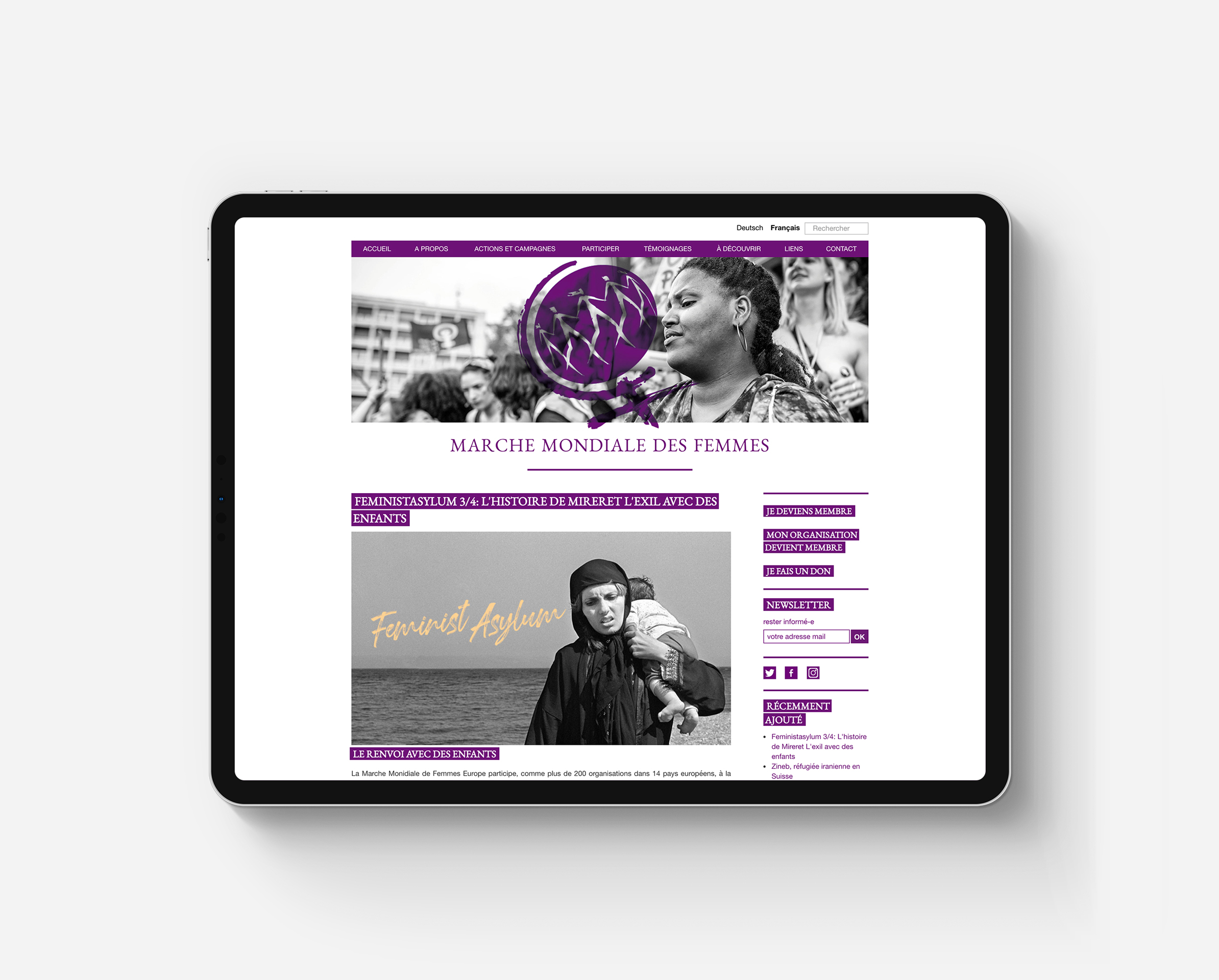 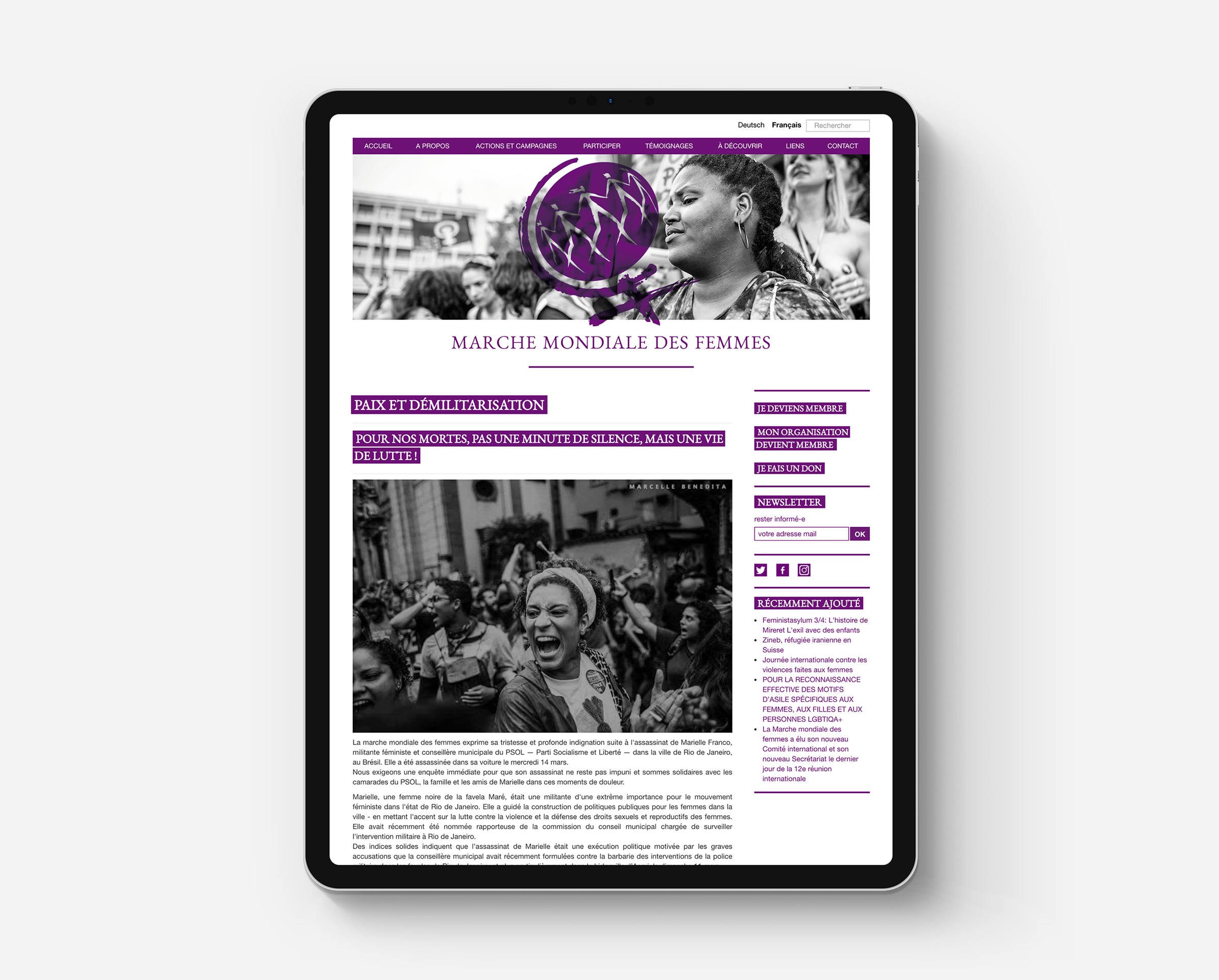 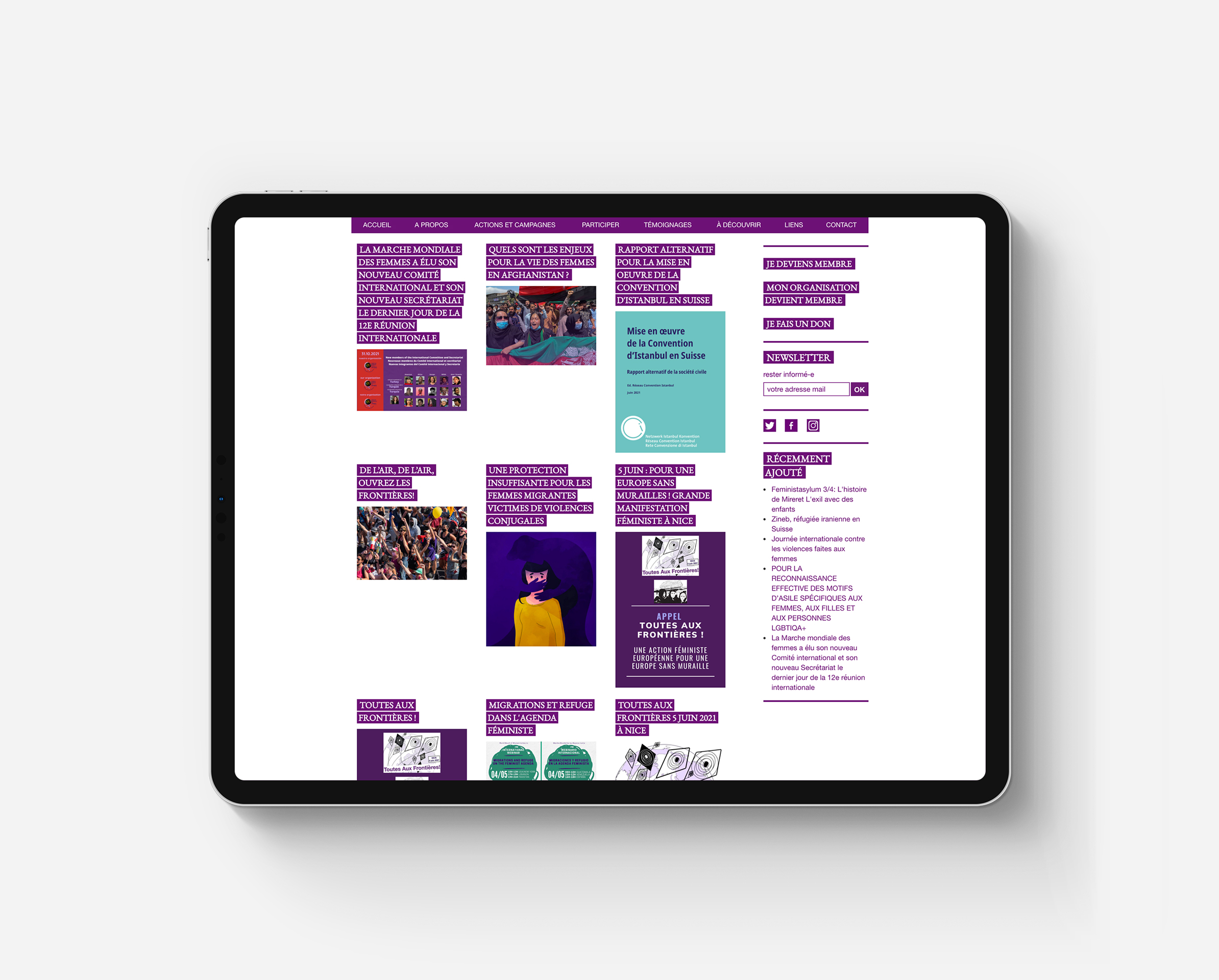 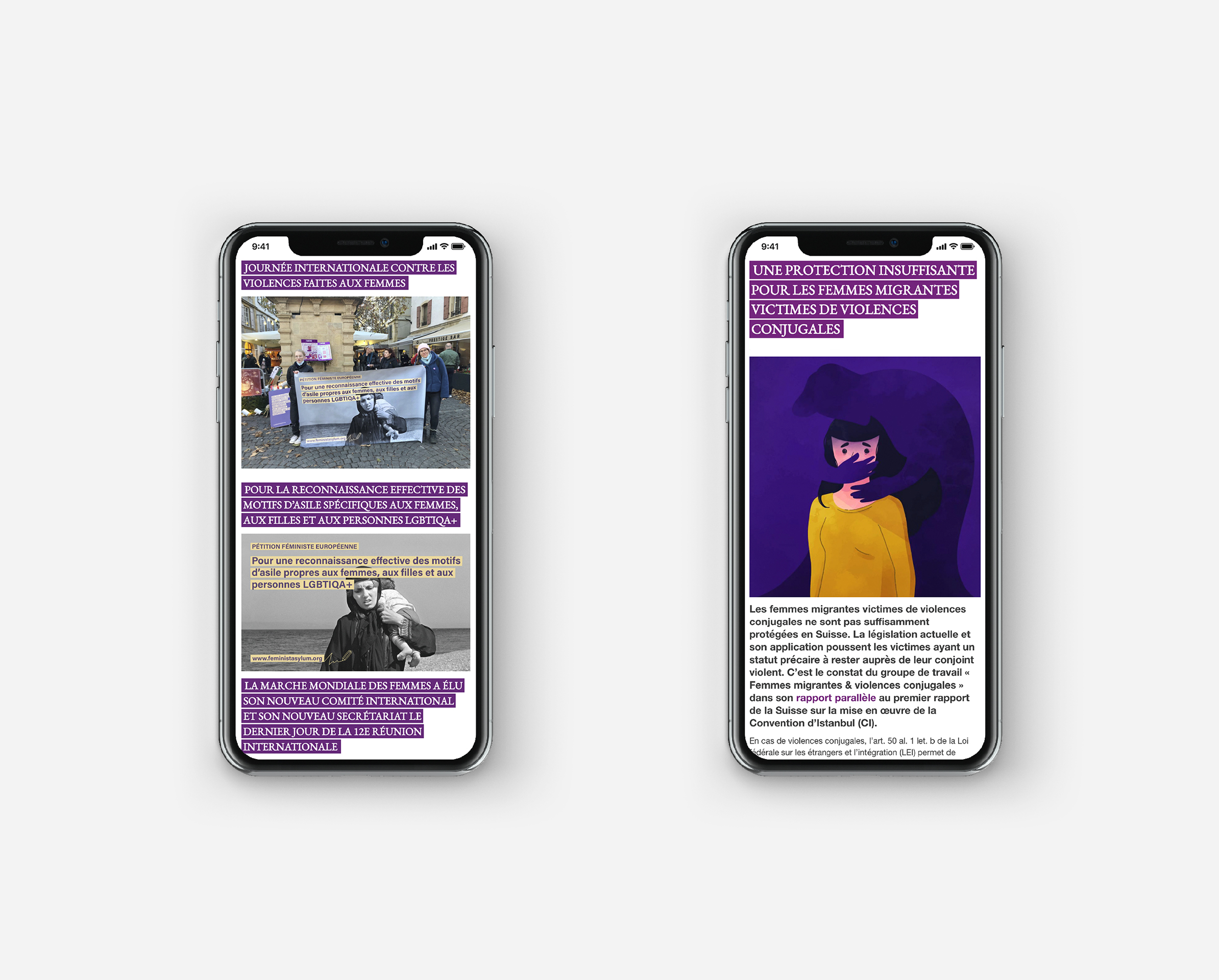 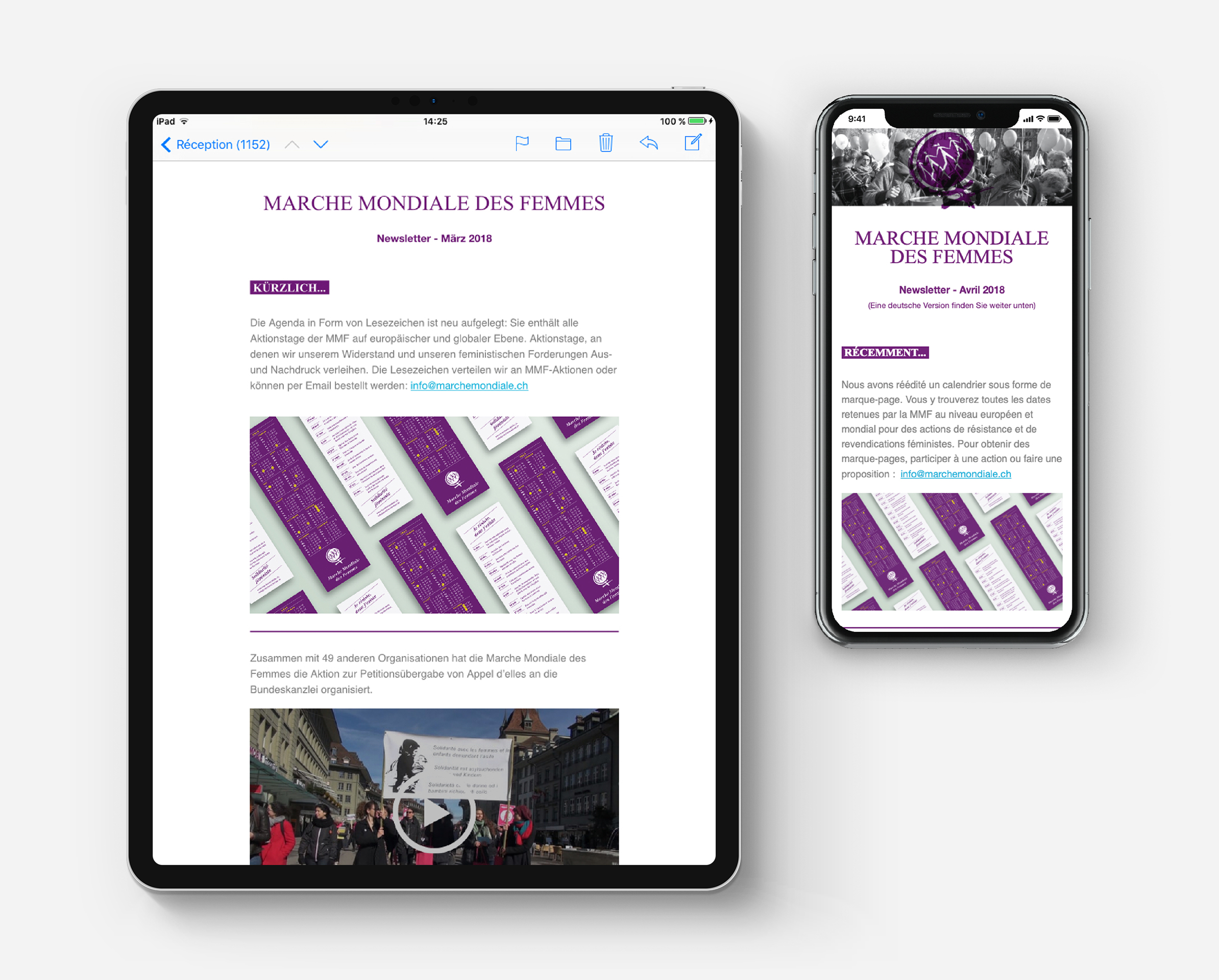 In 2018, we completely redesigned the website of the Swiss branch of the World March of Women (WMW) and created a newsletter template.

WMW is a feminist and anti-capitalist movement that fights against all forms of inequality and discrimination against women. Its activism is directed at changing political, economic, social, and cultural stereotypes. The movement centers on the follows areas: promoting global solidarity; equality between women and men, women themselves, and peoples; the respect and recognition of diversity among women; the appreciation of women’s leadership; and the strength of alliances among women and with other progressive social movements.