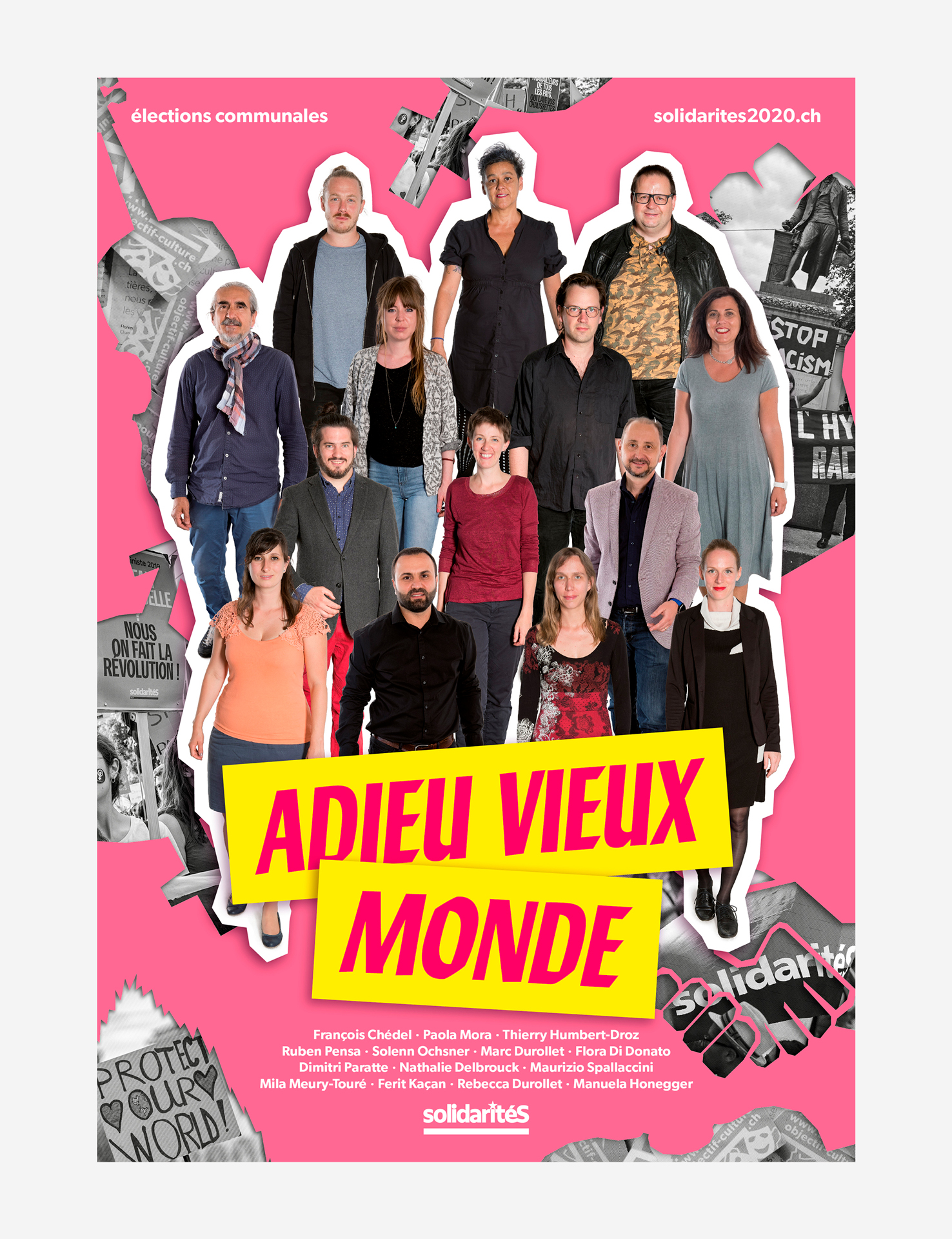 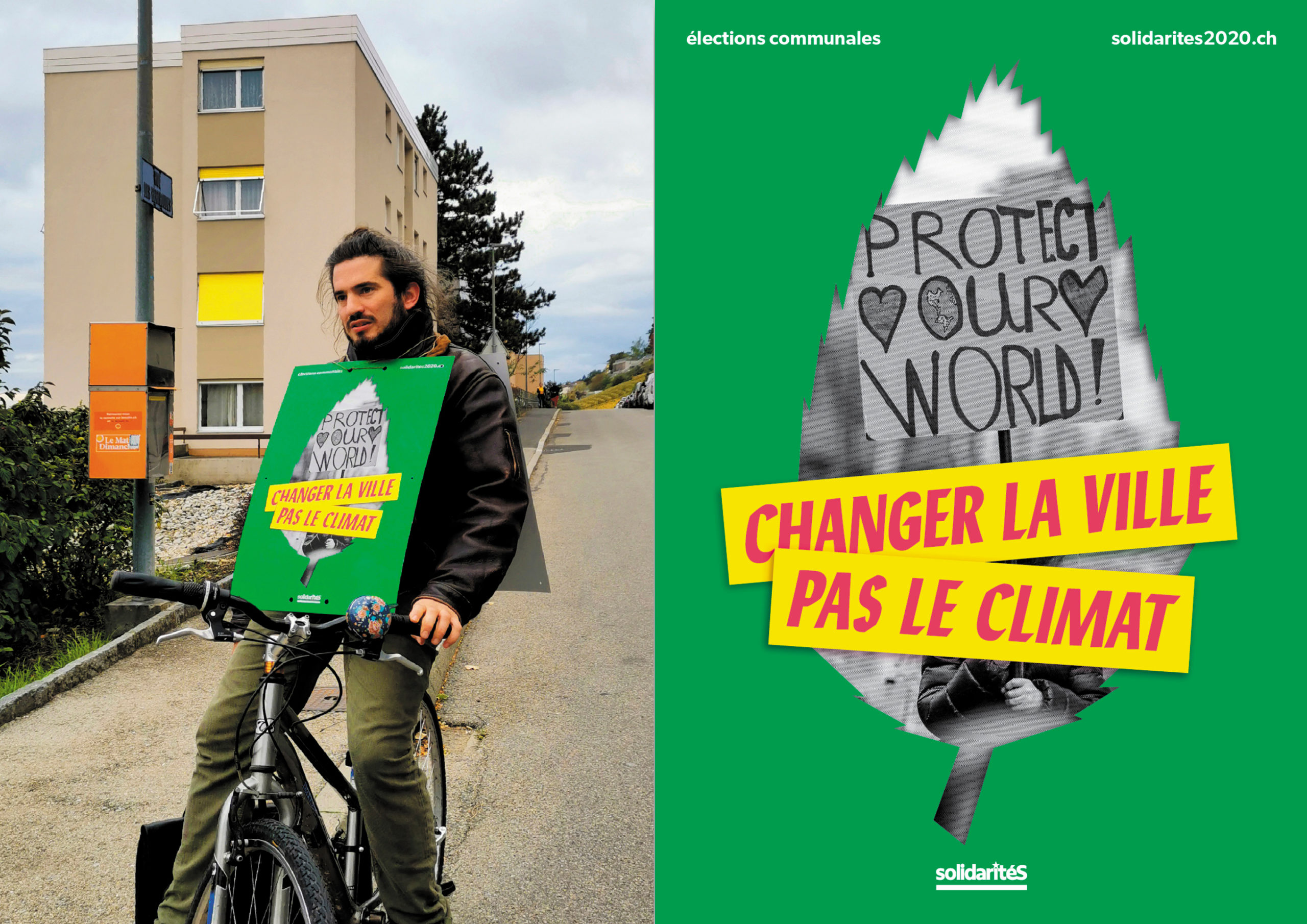 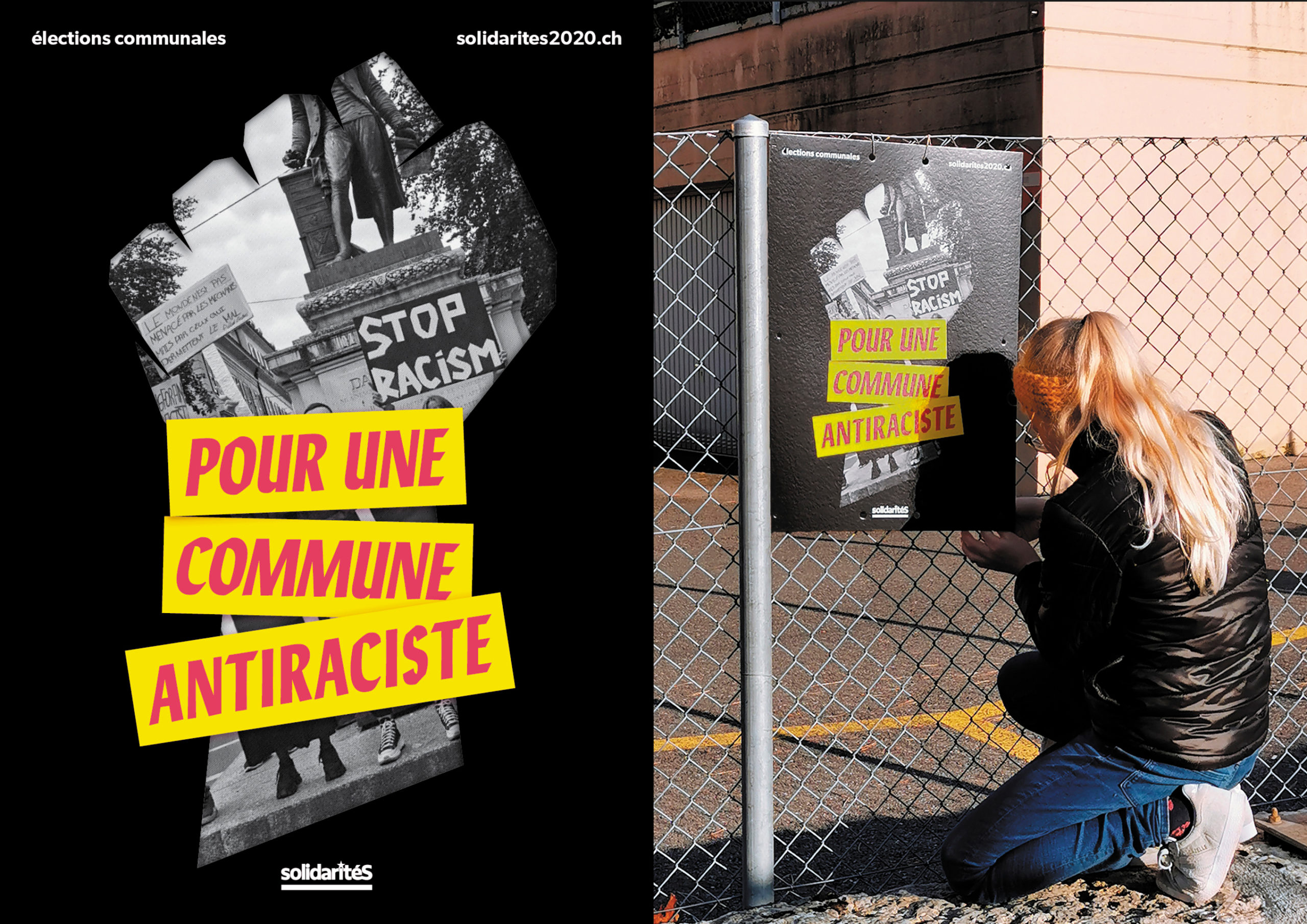 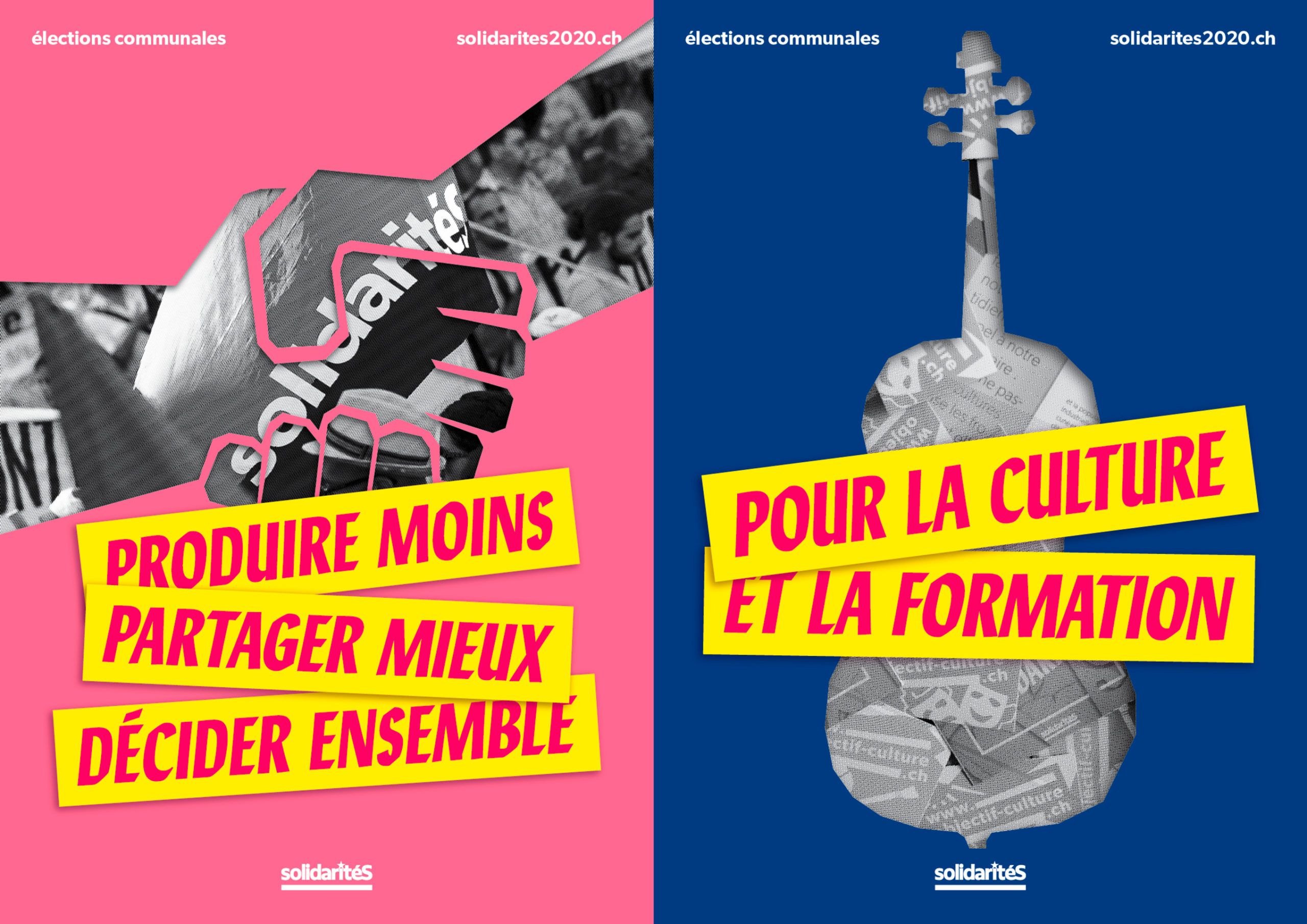 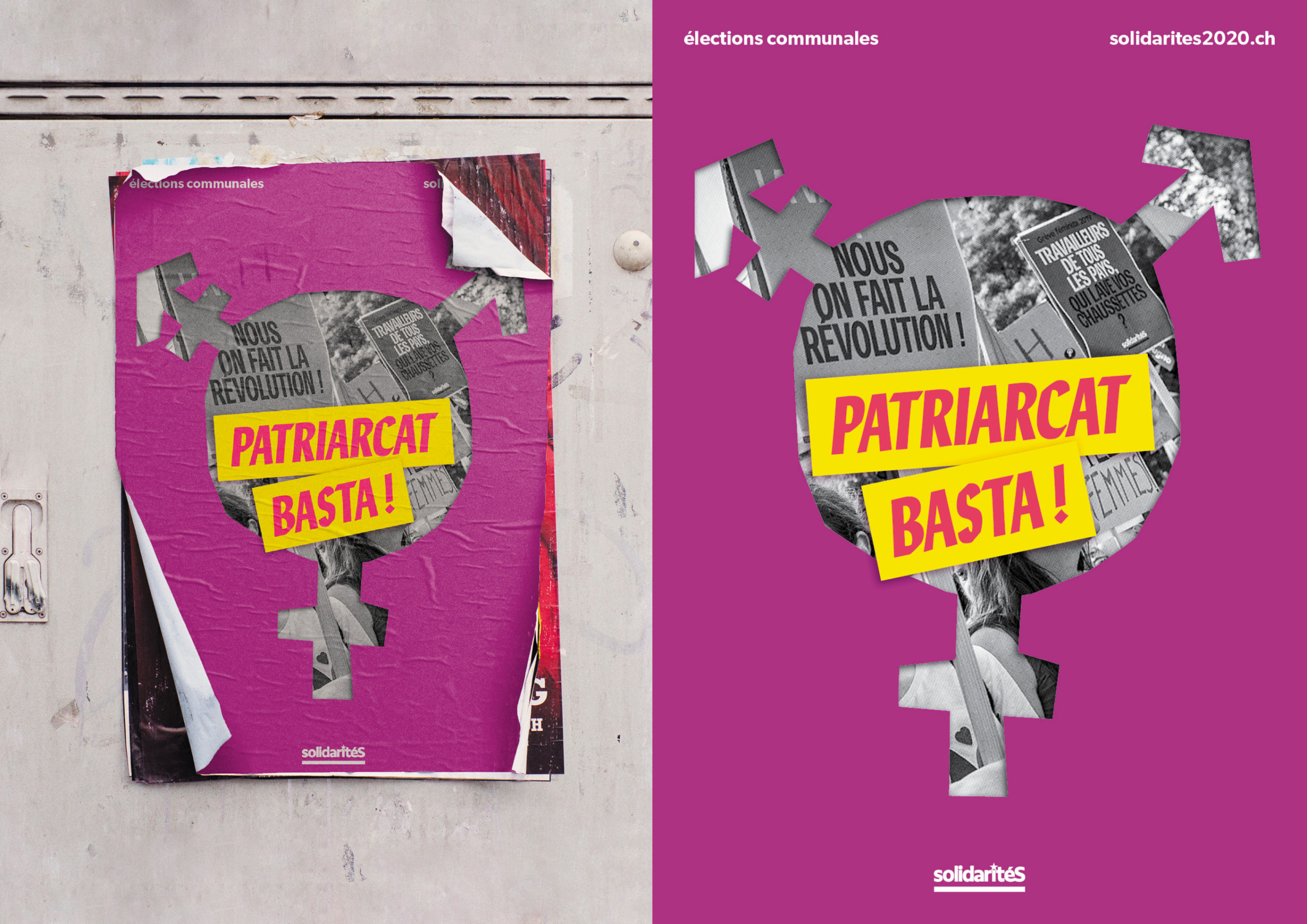 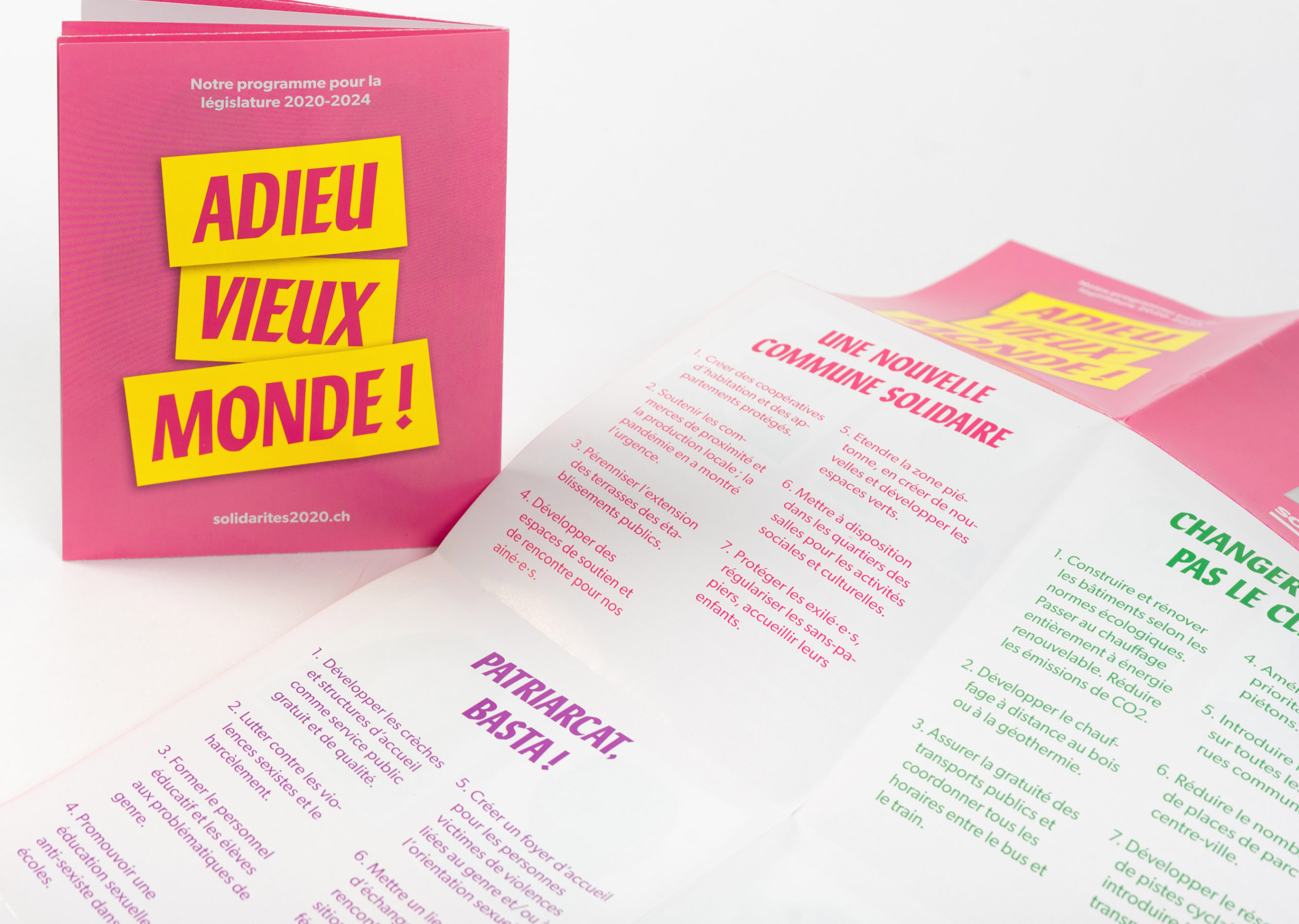 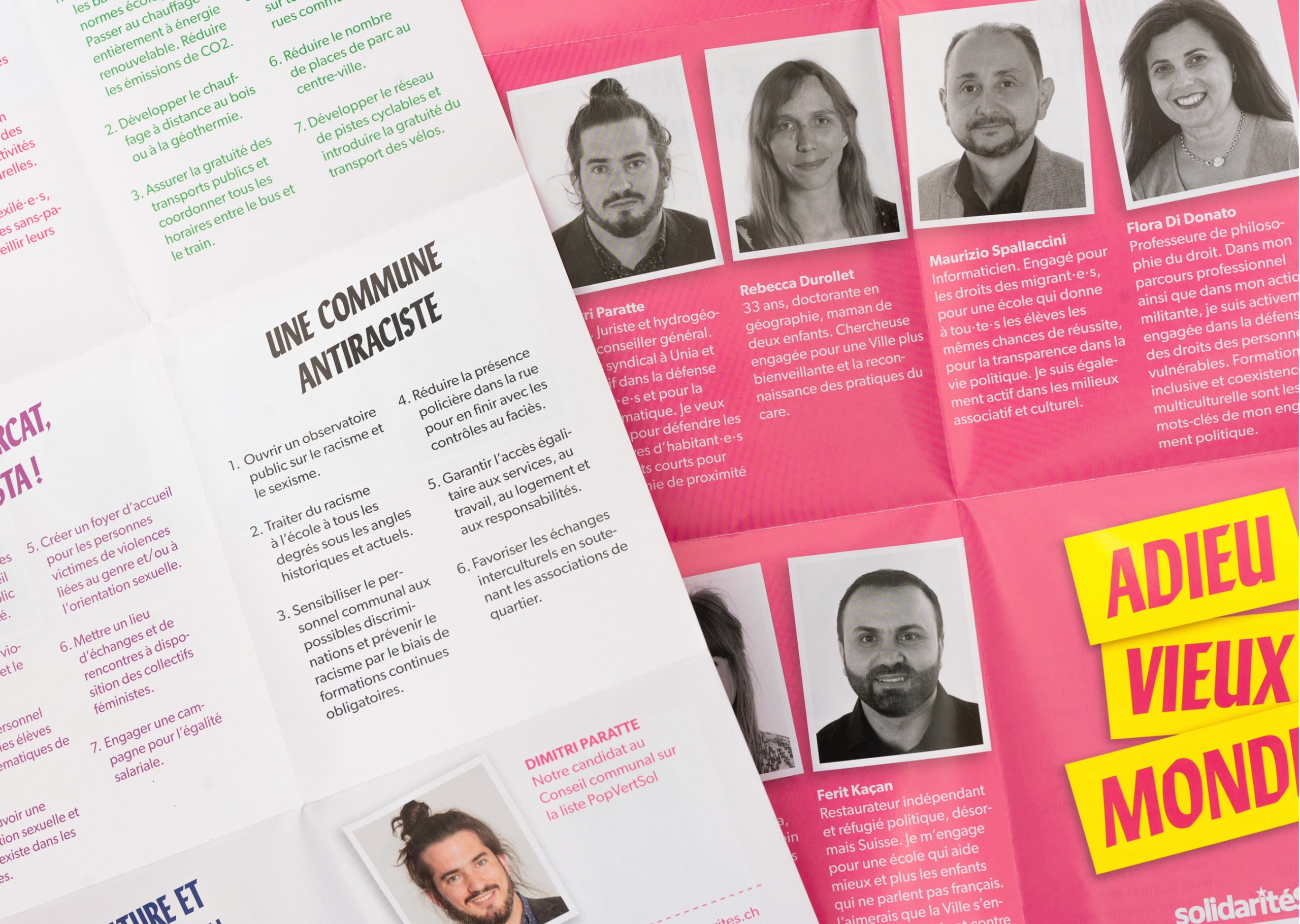 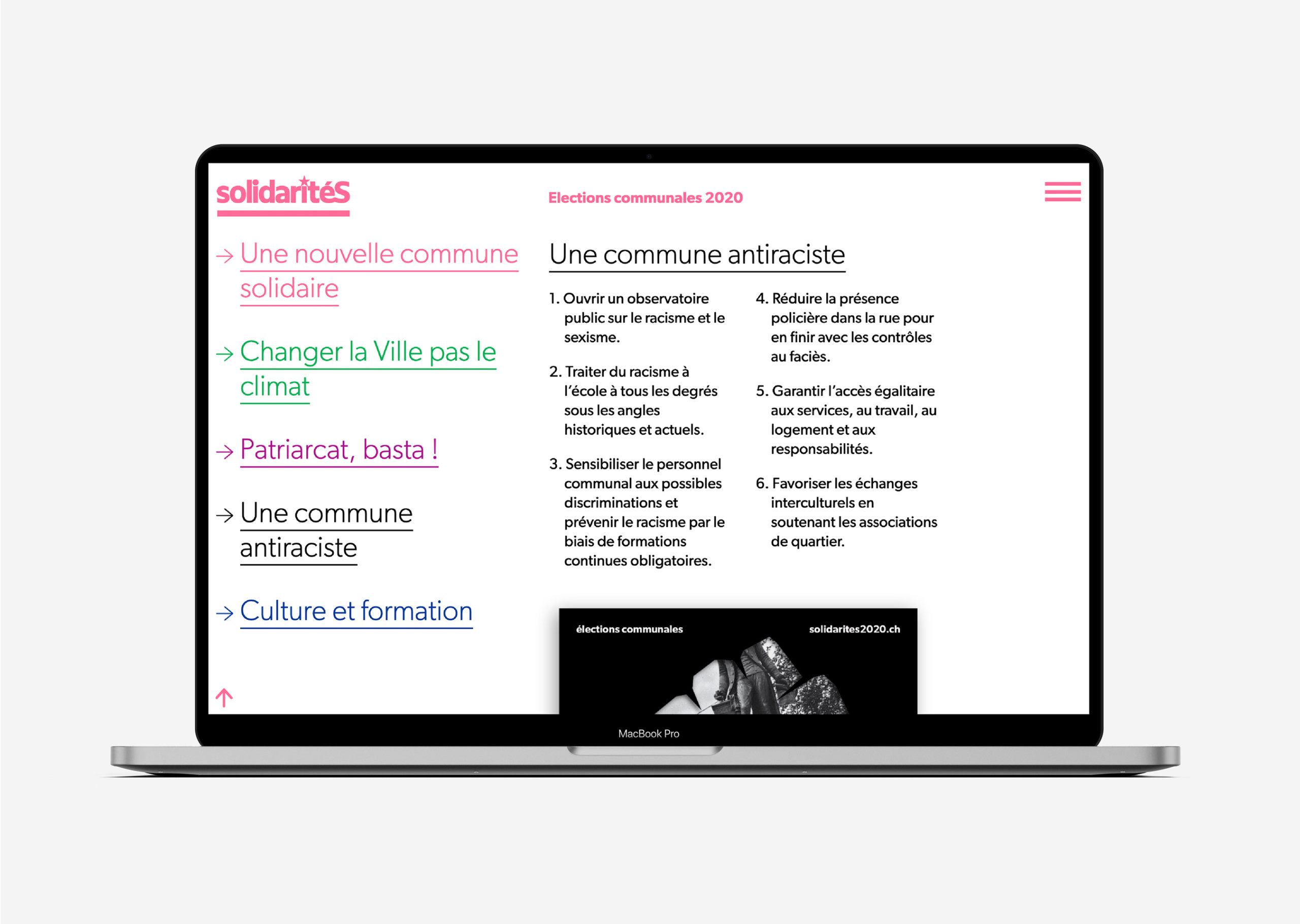 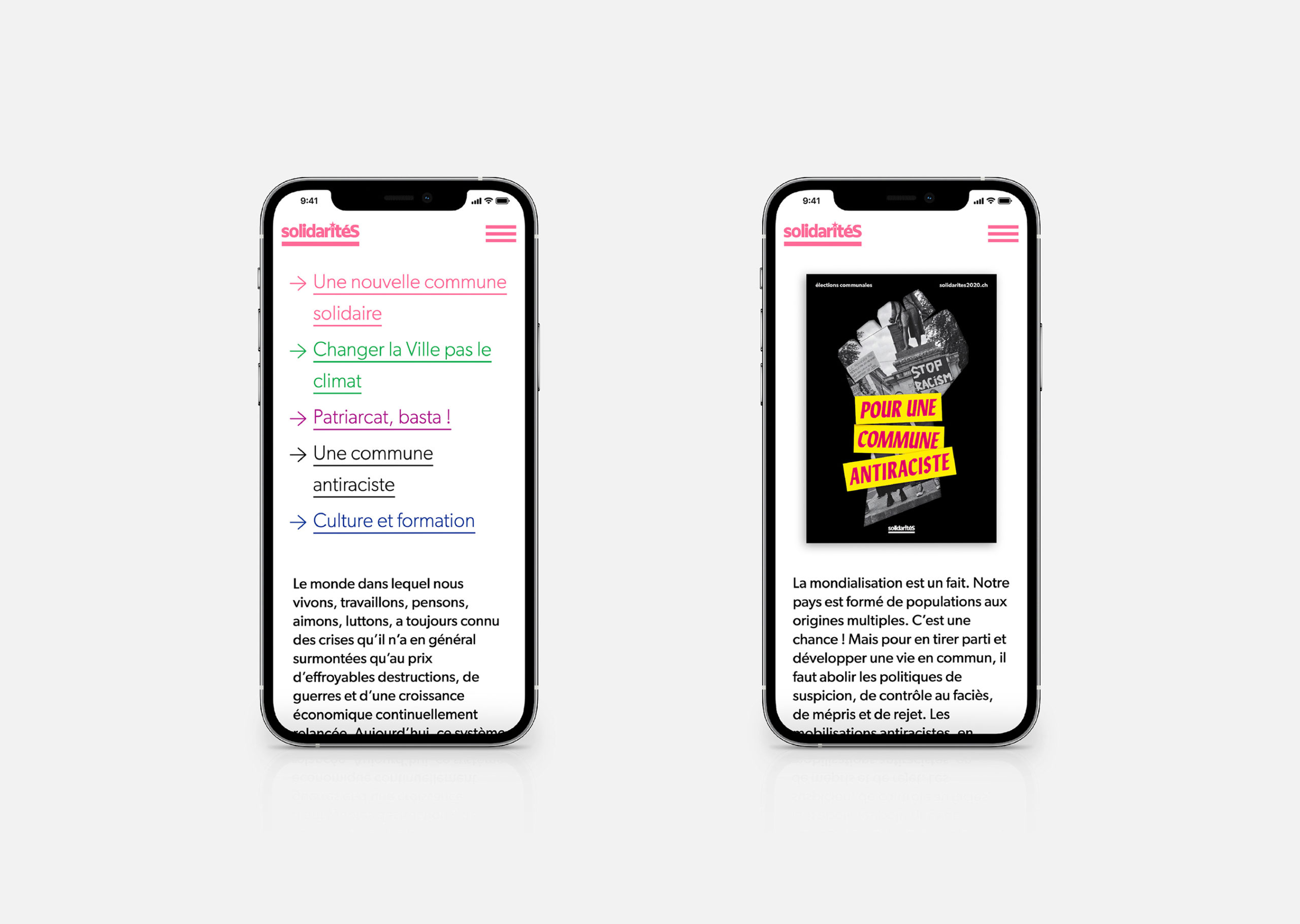 This campaign called for an end to destructive capitalism in favor of an egalitarian, feminist, anti-racist, ecological society. Under the slogan “Goodbye old world,” culture and education are given priority. Comprising 14 electoral candidates, we developed a campaign both online and offline to present the diversity of contenders and the party’s program. We created a large poster displaying all of the candidates, along with five smaller posters to be hung in the streets representing the campaign’s five key positions. We also produced a campaign leaflet that was distributed in the street and a campaign website.